3 Keys to Use Strength Training to Boost Triathlon Performance

When it comes to strength training for triathletes, many are looking not only to get stronger, but to see better performances.

So how can you best use strength training to boost triathlon performance? 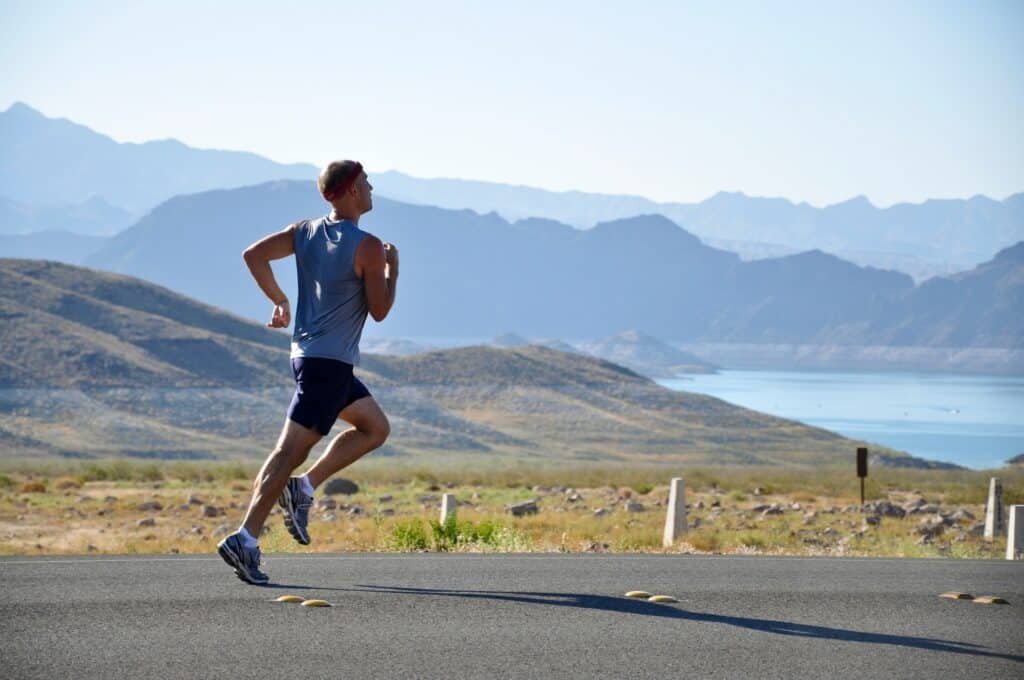 As triathletes there is already a premium tax on our time, as we are constantly shuffling around our home, social, and work life in an attempt to get in our swim, bike, and run workouts each week. And adding in 2-3 strength training sessions on top of that makes things really packed!

It’s no wonder why so many triathletes have dropped their strength training then, when they see strength gains in the weight room, but little to no returns in their performances.

But it’s not that the swim/bike/run training is making it hard for your body to “convert gains” from the weight room into performance gains, as a number of well-meaning coaches and trainers suggest. Rather, it’s the fact that you’re strength training program isn’t programming you for sport performance… it’s programming you for bodybuilder or general fitness style gains, which we as tri-ATHLETES do not want.

Sure, we do need to get globally stronger, but there are far better ways to use our time resistance training than lifting up progressively heavier things. Let’s take a look at 3 key factors that should happen in the first 1/3 of every single strength training session, which will significantly help you see performance gains, not just more weight on the bar, or reps performed. 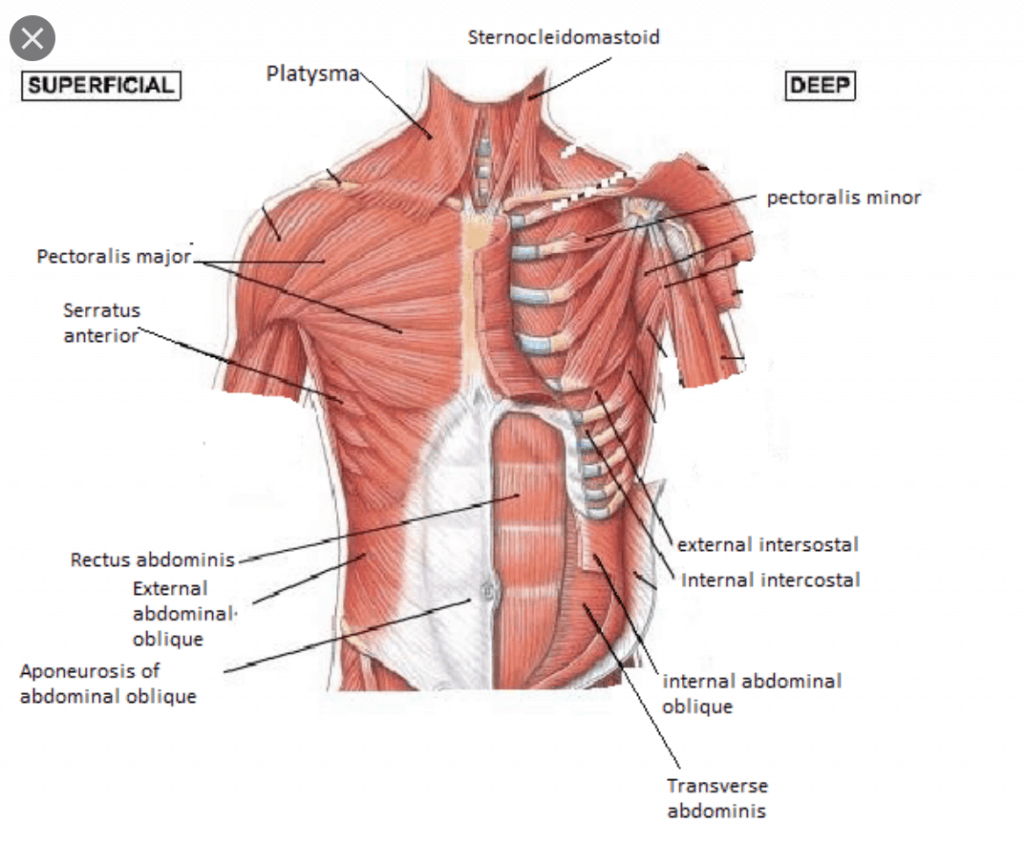 Many of us tend to think of the foam roller or tennis/lacrosse balls as being tools that “improve tissue qualities”, but in fact, these are simply massage tools which can help us to turn-off or tune-down muscles that are hyperactive. Some of the muscles many triathletes have that need some tuning down include:

While foam rolling and using a lacrosse or tennis ball on the muscles can certainly play a part in helping to address the issue, they don’t solve them. For that, we’ll need to learn how to activate and fire the muscles which work opposite or alongside those hyperactive muscles, allowing them to carry their fair share of the work.

In activating, firing, and learning how to properly produce core stiffness to get movement only from the shoulder or hip (and elbow/wrist or knee/ankle) we will begin to see far better results from our in-sport training. This happens because the body is one, and there are a number of connections between the body that many of us aren’t aware of, such as that your right shoulder is directly connected to your left hip. That means that if your right chest is tight, it can negatively affect your running stride, and ability to put power out on the bike.

Through a targeted dynamic warmup and strength training program, we can address commonly tight areas through activation and dynamic movements. For our example of a tight shoulder and opposite side hip flexors, try doing 1-2 sets of 6 each for

Perhaps the unsung hero of strength training for athletes in any sport, is the coordination and improved abilities of the body to “produce proximal stiffness for distal motion”, aka locking the ribs and hips together to allow you to produce max power and movement with less effort. This happens as your nervous system get better at holding the postures and positions, and being able to fire the muscles for a desired movement much more efficiently.

This is one of the many reasons why HOW you do an exercise is more important than just performing it. This applies across the entire spectrum of movements: Squats, lunges, deadlifts, bench presses, and yes- even the front plank!

Simply slogging through a strength routine without focus on HOW you are performing the exercises is one of the reasons many triathletes don’t get the desired results out of their strength training.

We’ve spoken here on this blog before about how many site the “10,000 hour rule” but fail to perform those 10,000 hours in the very foundations of the rule itself, with focused, purposeful practice.

While simply practicing the FUNdamental 5+1 human movements of

With intent and focus for each repetition will help you hone in your coordination, as triathletes we also want to include some kinds of running specific movements in at least one of our strength training sessions each week.

One exercise that tends to be appropriate for a variety of triathletes, is the Can Crush exercise.

This exercise is fantastic to pair at the end of your dynamic warm up, with some light skipping or bounding, as they feed-forward into one another to help you improve your running technique and positioning.

Pay attention to details though, as if you don’t keep a great body position and a tied together ribs+ hips position, you lose much of the effect of this exercise….After all, we need focused, purposeful practice. For that reason, we’ll start with sets of 4-5 repetitions a side, and build up slowly in more SETS of 4-5 repetitions, until we see the positioning and speed be up to par.

A Large part of getting better coordination is moving in ways you DO NOT get in your sport. This means lateral (sideways) movements and resisting rotation can be good additions for triathletes. But to begin with these movements should be added with little to no resistance, and with a focus on learning how to move properly first.

Side Lunges to hands overhead can be a great, but tricky, addition to a dynamic warmup series, or paired with a main lift, such as a squat or hinge, to help improve movement.

Side Lunges with Hands Overhead

Perhaps the biggest improvement we want out of our strength training, is to see improved power. While some may claim doing tons of box jumps, or heavy weights will help you to produce more power, these exercises will come towards the end of the exercise variations that most triathletes, and cyclists should follow. This is due in large part to the tissues, joints, and structures of the body being about the furthest thing from ready for these kinds of forces to be placed on them.

But that doesn’t mean that they’re off limits to beginners!

In fact, as I teach in my Strength Training for Cyclists Certification, there are a number of low-impact and safe ways for you to learn how to produce more power and force- without the heavy weights.

Learning to Decelerate is the first step, as the eccentric, or stretching/lengthening, more stress on the tissues than the concentric, or shortening. On great exercise that will not only help you build up tissue qualities needed to do more “fun” and higher intensity power work, is the Hands on Hips Vertical with STICK.

While it may not look like much, this exercise teaches you a few important keys:

It looks easy, but it is not simple!

As with any power work, we want to be LIGHT AND FAST, not heavy and slow, as many would have you think.

While often times we’ll think of “power work” in the gym requiring heavy weights and sets of 8-10 repetitions, this is actually not where most of us as triathletes, and cyclists, need to be.

Instead, we need to focus more on the speed of the movement before we add load and look for power.

When working on Speed, we’ll look to perform 4-8 repetitions with 20-40% of ESTIMATE 1 rep max for that movement, or simply a light weight that the triathlete can handle with excellent technique.

Funny thing about speed work, is that it doesn’t feel like much, but when you watch the video of yourself performing the movement… LOL, “It felt so much faster than that!”.

When you are ready to move on to power, we’ll want to focus on 1-4 repetitions in up to 3-4 sets, with 3-6 minutes of rest between sets. We’ll often start with 50-60% of the estimated 1 repetition max, it not a little less, as it takes a while for you to get used to the technique with the weight, as well as being sure that the tissues and structures have adequate time to adapt.

Read that again, as many miss these 3 important points:

While this isn’t “By the books” power training, there are a number of Olympic Coaches whom I’ve met who work in this fashion with their new athletes. They’ll have the athletes work solely with an empty barbell, or even a broomstick, for as long as it takes, for their technique to improve. Then, they’ll slowly begin adding weight little by little. Only after weeks, or even a few months or so of working in this fashion, will they be in the range of 65-85% of 1 rep maxes, where they are training true power.

Tissue adaptations take time, and there are a number of exercises that you can do, which help build power without stressing the tissues to high degrees. Another example of one, aside from the Hands on Hips Vertical with STICK, is the Kettlebell swing.

But again, your technique needs to be on point!

What we haven’t talked about yet, is how these 3 keys, can, and should, each be addressed in the first 10-15 minutes of a strength training program, through the dynamic warmup, and the power focus segment, both of which should be done at the beginning of the workout, in this order.

Take a minute to think about your own strength training for triathlon workouts. Do they align with what we spoke about today, or are these 3 keys scattered throughout the workout?

Until next time, remember to Train Smarter, Not Harder, Because it’s all about you! 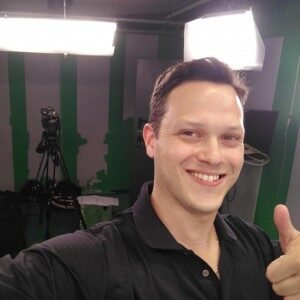